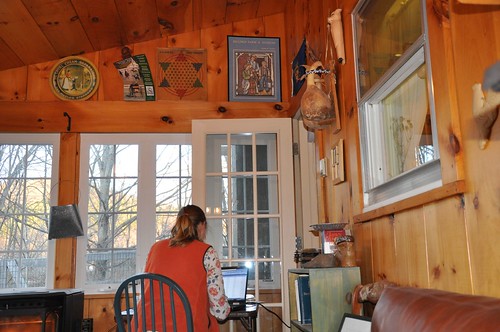 Child-rearing can be fulfilling, but when you have a career that you care about and that demands many of your daily energies, things start to get a little tougher.

Even though they needn’t be. Seriously.

You CAN be a working mom without all the stress. How?

Here’s what it takes to be a working mom in 2013 who never gets to live another day without some ‘me’ time!

1. Plan your day ahead

Nothing makes your day easier than a nice, clean calendar. What are your priorities for today? Do you have time to drive your kids to school before work or you need to leave that to your husband? Who’s going to shop for groceries? Plan in the morning and live the rest of the day in a relaxed mood!

2. Find a way to do some work from home

If you are not a WAHM already, switching some of your weekly hours to a work-at-home schedule can help you find more time to manage your daily duties. Work at home moms have the advantage to count on a flexible schedule, they get more rest and more things done around the house.

3. Delegate. And then delegate some more

Don’t take all the home duties on your shoulders. Delegate! You have a husband, parents, siblings (if you do), older children (if you do) you can count on. Let them do most of the housework, so you only have to complete it when you come back from work.

4. Teach your children how to help at home

Your kids shouldn’t learn that mom ‘does it all’ and they can get lazy all day. Every family member should get their share of housework to get done. Mom’s at work? Why not help dad make beds, dust surfaces or water the plants? Tech your children to take responsibility.

5. Don’t forget about yourself

Your children can’t benefit from a mom who doesn’t take care of herself. When was last time you went to the hairdresser? Or bought a new piece of clothing? Or read a novel on the couch? Working Mothers sometimes get in the habit of forgetting about themselves. Please DON’T! Not only you set the wrong example on your children, but you put your health and your marriage at risk, too.

What are YOUR tips to be a less stressed working mom in 2013?

You are pregnant and you are getting ready to for your babies’ arrival. You have lists, books and advice from those around you and it may seem overwhelming. To help you prepare for breastfeeding the best thing to do is, to do that. Prepare. 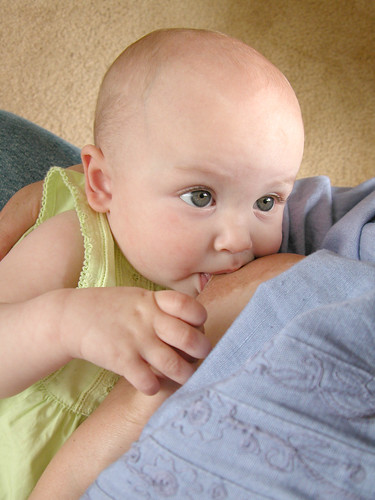 Go in with a clear and open mind. Have no worries, mothers have been doing this for hundreds of years. When you are learning about the process, take mental notes and accept the information with an open heart. There will be a lot of critics and judgments on who, what, where, when and how of breastfeeding. Go with what you are most comfortable with. It is important you do what you personally feel is best. Always trust your first instinct.

Once you have made your decisions on the processes and what you want to do, don’t be afraid to ask questions. It is a good idea to always have a paper and pen near you at all times. This is great for when that question pops into your head in the middle of dish washing. Keep that list and write down your thoughts about each question. When you seek advice, ask those you trust the most and that you are comfortable with. Try speaking with your doctor, your mother, friends or any other nursing mothers that you trust. Their personal experiences and advice can help you in your breastfeeding journal.

Supplies. There is not much you need to purchase but there are a few items that will help you during this time. Look at comfortable nursing bras, a good breast pump, and a comfortable chair for nursing, ice packs, reliable breast pads and nursing blankets. You may want to consider asking friends what ointments they use to help with sore nipples.

There is not a lot that you can do to prepare physically for breastfeeding. Learn the science behind the act by reading books and attending nursing courses. Knowing how your body works will help you when the time comes to nurse.

Breastfeeding is a wonderful and great experience for you and your child. There will be lots of bonding and building between the two of you. Purchase your supplies, ask questions, learn and keep an open mind; breastfeeding will become natural to you before you know it!

Heather Smith is an ex-nanny. Passionate about thought leadership and writing, Heather regularly contributes to various career, social media, public relations, branding, and parenting blogs/websites. She also provides value to http://www.nanny.net/ service by giving advice on site design as well as the features and functionality to provide more and more value to nannies and families across the U.S. and Canada. She can be available at H.smith7295 [at] gmail.com. 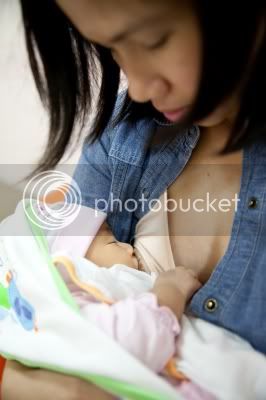 Breastfeeding has long been known to give unparalleled health benefits to both mother and child.

Breastfed infants get sick less frequently and have fewer allergies. Mothers who breastfeed lose their pregnancy weight faster and reduces the risks of several types of cancer as well as lowering the risk of osteoporosis. Studies in recent years are showing indications that breastfeeding can also improve cognitive abilities and intelligence levels well beyond infancy.

For many years, research was done only on children from ages one year to five years. After breastfeeding for at least nine months, toddlers and pre-schoolers consistently performed better in various tests that involve intelligence. Of course, other benefits were duly noted such as the better health in general of those that were breastfed, but those benefits were well known. The effect on
intelligence levels was a surprise to most in the medical community.

There are several theories as to why breastfeeding appears to increase intelligence. Most researchers believe that it is a combination of several or even all of these theories. Here are the five main theories proposed by researchers:

1. Breastfeeding in itself may promote better development of the brain simply because of the closeness of the bond with mother. The theory proposes that because of this close bond, breastfed babies grow into children with more self-confidence and higher levels of self-esteem, which generally encourage active learning and a healthy desire for exploration and pushing the boundaries.

2. Breastmilk contains large amounts of lactose, far more than cow’s milk. Lactose breaks down in the body into both glucose and galactose. Galactose is a micro-nutrient that is necessary for proper brain tissue development. Animal studies have shown that the higher the intelligence of the mammal, the more lactose can be found in their milk.

4. Taurine is another substance found in breastmilk in larger amounts than in cow’s milk. Taurine is an amino acid which is vital to healthy brain development.

5. Breastmilk contains an omega-3 fatty acid called docosahexaenoic acid, or DHA. Recent studies have indicated that omega-3 fatty acids, particularly DHA, are of extreme importance in developing healthy brain tissue and function. Levels and benefits are greatest from mothers who consume foods rich in omega-3 fatty acids like certain cold water fish, but even without a good diet, there is still DHA passed through the breastmilk to the infant.

While the effect of breastfeeding for infants and toddlers has been long known, until the past twenty years, the medical community was unaware of the longterm benefits for intelligence. A study in Great Britain followed children born in 1991 and 1992 and found higher intelligence levels on average for breastfed children over those who were not breastfed and those differences remained noticeable at age 14. Another study in New Zealand found measurable differences at 18, with the most intelligent subjects being the ones who were breastfed the longest.

I’m a 35 years old mom to many beautiful spiritual kids (adopted in the Heart), whom I adore and would brag about for the centuries to come. I’m also an elder sister who helped raise and educate two younger siblings. I created Spiritually, Mama Luana to share my journey and find other moms who are my kindred souls, as well as to be helpful to any mom out there. Thanks for stopping by! You can learn more about me here.